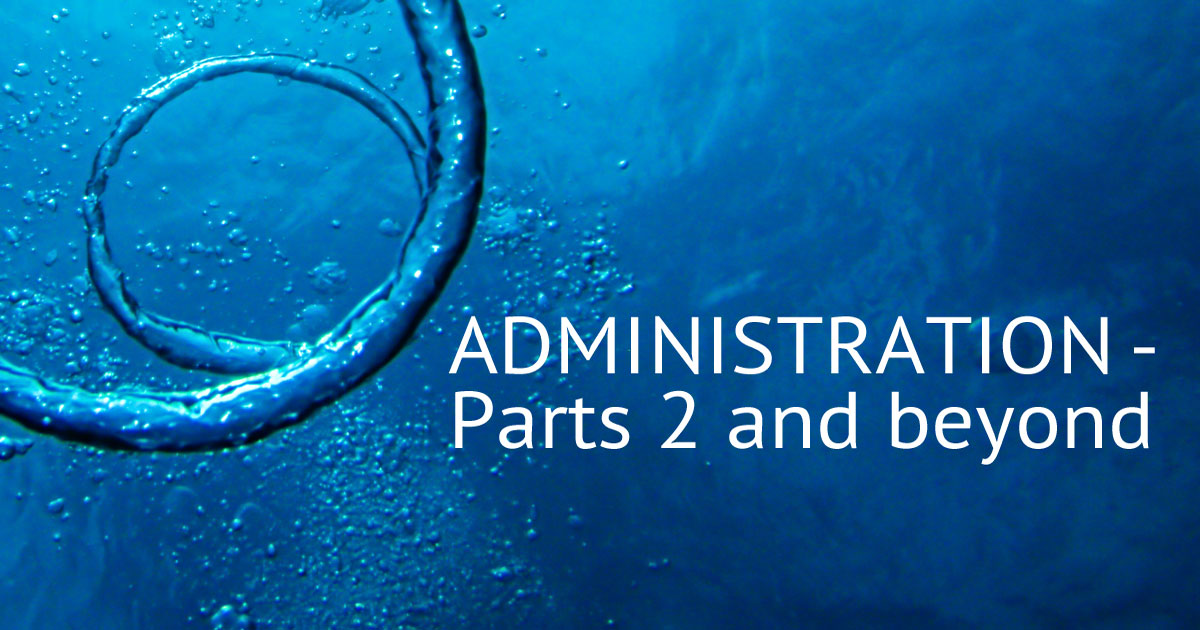 When we talk about appointing an administrator to a body corporate, we are talking about a situation where the body corporate has become dysfunctional enough to demand that.

So, then, what is ‘dysfunction’?

You will not be surprised to learn that ‘dysfunction’ is not defined under Queensland’s strata legislation. Rather, it is left to the broad powers of adjudicator, as well as relevant caselaw, to determine dysfunction on a case-by-case basis.

There is some guidance. Practice Direction 17 issued by the Office of the Commissioner for Body Corporate and Community Management (Commissioner’s Office) outlines the basic requirements around administrator appointment. While the Practice Direction does not delve into criteria for dysfunction, it does provide as follows:

5. Administrators are often appointed for a period of up to three months to enable them to call and convene a general meeting for a body corporate.

7. In these circumstances there may be no-one in the scheme who is authorised to convene a general meeting and an adjudicator’s order is necessary to authorise a person to convene the meeting.

8. In certain circumstances, an adjudicator may consider it appropriate to appoint an administrator to administer a scheme for a longer period of time.

Ok, so this does not tell us much, although what it does do is give us a flavour for the expectations of an administrator: generally, short-term appointments to perform a specific action, in the absence of anyone else to do so who would be typically obliged to do so under legislation.

What are those specific actions then? Looking at the concept of ‘short-term,’ Strata Solve thinks they might include (and in addition to the calling of a general meeting listed above):

This is not an exhaustive list, of course. There may be many more specific actions that an administrator might be called upon to do, remembering that an administrator has the powers of the body corporate in carrying out that role. ‘Dysfunction’ here takes on the form of things which are not being done or historically have not been done.

What about dysfunction, which is broader, more systemic, and less reliant on specific actions to define it? That is, unsurprisingly, a trickier proposition, mainly because it is more in the realm of subjectivity. Take, for example, the situation where a scheme has a long, horrible history of complaints and disputes. No one doubts the emotional and financial toll this would take on the people involved. Any scenario in which there is a steady stream of conflict is difficult to take and might often warrant the intervention of a third party to bring about some calm. Is that enough to warrant an administrator coming in and summarily relieving all owners of their rights?

Typically, the answer is a firm ‘no.’ Adjudicators are loathe to appoint administrators at the best of times and, we think, even more so when it comes to high-conflict schemes. After all, Chapter 6 of the Body Corporate and Community Management Act 1997 (the BCCM Act) exists for the purpose of providing the mechanism for body corporate disputes to be resolved. If the means for resolving a dispute is provided for under legislation, then it follows you cannot really argue that a lot of disputes means an administrator should be appointed – because that is what the legislated process is there for!

Once you have wrapped your head around that logic, you might still be left wondering about why a scheme that is wracked with dispute would not warrant an administrator to restore order. Our answer is, well, in some cases, it might indeed be warranted. We think the key here is patterns. Namely, patterns of disputes which are consistent and repeated. That systemic issue suggests nothing will change unless a third party brings about that change. Here are a few scenarios that might apply:

We are not saying the above are definite. We are saying they are ‘maybes.’

Then there are some more ambiguous situations. Take, for example, a scenario in which the body corporate is obliged to maintain common property and works are urgently needed to do that. Quotes are put to a general meeting and defeated. What happens if it is defeated again, when a new quote from a new contractor is provided? Could we say that effectively this issue is doomed, despite what is legislatively required? The provisions of Chapter 6 could potentially be relied upon to resolve this but systemic refusal by the body corporate to do what it is meant to do might warrant the administrator being installed to do so.

It is difficult to articulate dysfunction in this context. Each instance will be dependent on its own facts and circumstances. Instead of attempting to articulate it, dysfunction could be defined by a process of exclusion:

We would say that if you can genuinely answer ‘no’ on these points, you might be on the path to warranting an administrator and establishing a case for dysfunction.

But wait! Is an administrator really what you want or need, even if it might be warranted? In Part 3 of our Deep Dive, we will look at the risks of having an administrator installed – the obvious and not-so-obvious risks.

Keep up to date with our Deep Dives by registering with Strata Solve for updates and stay tuned for the next instalment.