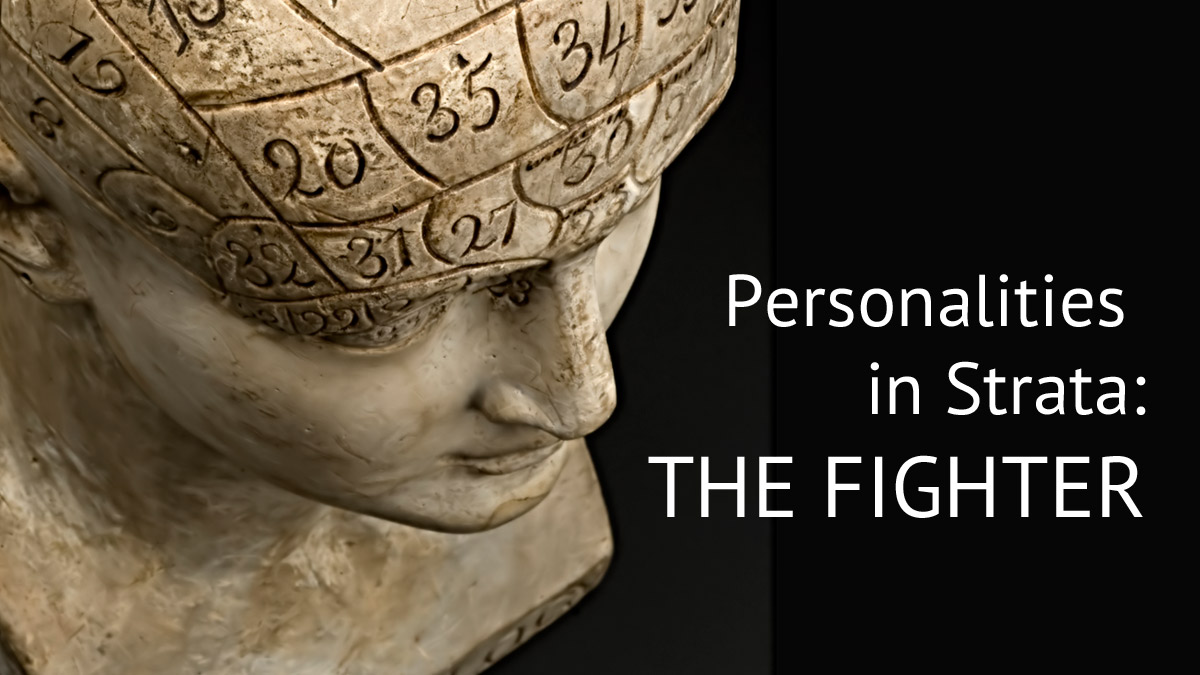 For The Fighter, each moment spent in strata is a new battleground, another valley of death into which they will lead their armies to achieve a brutal yet stirring victory over the evil empire on the other side. It is ‘us against them’ writ large and with as much hyperbole as possible.

Red Flags: someone may be a Fighter if:

The Good: let’s face it – some instances in strata are indeed a battle needing to be fought. Those instances are the exception, yet when they happen, the ability to be resilient and assertively pursue an outcome can be godsends. When on a committee, The Fighter can be terrific in helping the committee deal with a particularly challenging situation or person.

The Bad: fighting takes energy, and a lot of it. The Fighter is at risk of running themselves into the ground, as there is only so much of their intensity to go around. In unnecessarily transforming interactions into hard-fought disputes, The Fighter creates an atmosphere of distrust and aggression, their conflict-driven persona invariably rubbing off on others around them.

Making The Fighter Work For the Scheme: as we note above, certain situations will be ideal for The Fighter to use their specific skillset. Another way in which The Fighter can be useful is to illustrate to others the risks which come from a conflict-driven approach to strata: a protracted ‘fight’, costing money, time and stress, can show the benefit of dispute prevention and an effective and transparent process. In other words: The Fighter can show their strata scheme how things should not be done.

What Can We Do When It Becomes a Problem? Don’t feed the fire. The Fighter thrives on creating opposition then combatting it. By not responding in kind to The Fighter, you will take some wind out of their sails and they will need to generate their fury from other sources, which can be a lot harder to do. And while you’re at it, don’t speak the language of The Fighter. As tough as it may be in the heat of the moment when all you want to do is respond in the same tone, The Fighter will claim victory if you speak with vitriol. After all, that is their modus operandi.

Fun Fact: The Fighter isn’t all about war and military analogies: look for the boxing references to seep through as well. ‘I’m not down for the count yet’…’We’re going the full rounds’…’I’m not throwing in the towel’.

Think You May Be A Fighter? Remember, not every issue in strata is a hill to die on. By all means assert your property and other rights as they relate to your strata investment. Just remember that if something goes wrong at your scheme, or with the people in it, it isn’t automatically the worst thing which could happen or evidence of a sinister, deliberate plot. Sometimes, it is a simple error or a case of differing perspectives, things which do not require you to don a breastplate and pick up a spear.

Can Strata Solve Assist? Sure can. We have tactics and techniques to mollify The Fighter. Contact us to find out more.