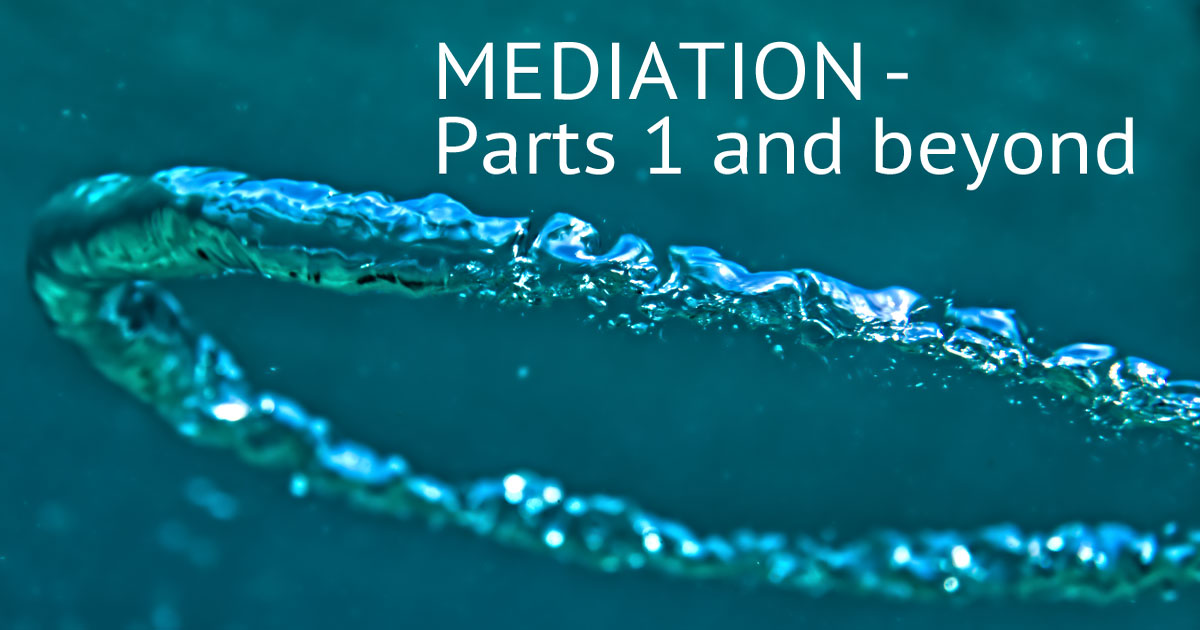 Think of a union, a wedding, a relationship, one that has stood the test of time and the ravages which a couple go through: that’s how committed Strata Solve is to mediation in resolving strata disputes.

Why? The key words here are: time, cost, stress, and reputational damage. Mediation avoids those in favour of a process in which you have a personal, intimate stake. It is up to you, in other words.

Our Deep Dive on Mediation will look these issues in more detail. To kick things off though, our Part 1 on Mediation looks at what a ‘mediation session’ looks like. We know that is a question that often comes up and is something which seems mysterious and impenetrable. Let’s try and break it down a bit.

Anything which is referred to as a ‘session’ suggests an extended period spent engaging in the same activity or tasks. Depending on circumstances, that might not be such an appealing outcome, which might be a reason some people are not fans of the idea of a ‘mediation session.’ After all, who wants to be repetitively discussing your strata problems? Then there is also the ‘mediation conference’ and that too might have some concerns. A ‘conference’ to talk about why things are not going to plan at your strata scheme? Ugh.

Strata Solve prefers the idea of a mediation ‘session’ where ‘session’ refers to a distinct, set-aside time, duration, and location. Carving out space and time in which everyone knows that issues are going to be heard – now that has a better ring to it, doesn’t it?

We also know that some people take a legalistic view of mediation based on TV or the movies, where you have a series of smooth-talking, smartly dressed legal operatives spitting out quick fire legal jargon before a gravelly old judge. While Strata Solve definitely likes to think of itself as well dressed, we run a mile from snappy dialogue, and neither are we lawyers.

Then there is the old chestnut about mediation and neutrality. Some people think by engaging in a mediation session, they will be submitting themselves to a process where the outcome has been pre-determined, or the person conducting the session has jumped to conclusions. Or even worse, the idea that the person conducting the mediation is a decision-maker, that after the session is over, after poring over things and even pouring your heart out, someone you don’t know is going to hand down a judgement and tell you what to do – and that you’re wrong.

Let us be clear: mediation does not involve any decision-making, unless you count the mere fact of turning up to mediation as a decision of itself. Moreover, mediation is all about impartiality and neutrality. The ability of the mediator to sit with the parties and not take a side is crucial to the process. There really isn’t any way to take a side, because in the mediation session, all that the mediator has at their disposal are the submissions made beforehand, and what is said on the day. Anyone taking a side based on such a limited slice of a much bigger picture is making a big mistake, professionally and personally.

In a strata dispute, being impartial is even more critical. It is not simply there are two sides to a strata dispute. There is the perspective of owners, occupiers, onsite managers, committees, strata managers, other contractors, real estate agents and practitioners. By our count, that’s eight sides. If you think it is possible to take sides in an octagonally-shaped dispute, you are doing better than us. More to the point, whatever is discussed and agreed to at mediation is for the parties’ benefit only. There is no report submitted to an authority, no decision lodged with a registry and no database where others get to read a transcript of proceedings. Those aspects of mediation are what contribute to its appeal, the fact that you can use a process to get to a resolution and for it to not be there on the public record for any Tom, Dick, or Harry to consume (and cast a judgement while they are at it).

Finally, there is that other misconception about mediation sessions. A usual mediation session with Strata Solve, which we call a half-day session, lasts for four hours. To some people, that’s alarming to say the least. 4 hours? That is about half of a season of bingeing your standard series on Netflix. It’s easy to see why there might be reluctance to engage in 4 hours of talking about strata issues. That’s just it though: it is not 4 hours of general chit chat around the fireplace. It’s not 4 hours of unstructured yakking or people talking over each other in a vain effort to be heard. Far from it: a mediation session, particularly the ones run by Strata Solve, is comprised of a series of stages. Each stage has a timing attached to it, and there is a logical flow of discussions going from past, present to future. The parties at mediation get equal time, for both talking and listening. There is also time devoted to the parties speaking one-on-one with the mediator. In other words, the 4-hour period goes by remarkably quickly. More complex strata disputes might warrant a full-day mediation, although in our experience, they are the exception rather than the norm.

So, then, what does the mediation session involve? Find out in more detail what a mediation session will bring you, and why that will contribute towards resolving your strata dispute, in our next instalments of our Mediation Deep Dive. Register to get updates from us.